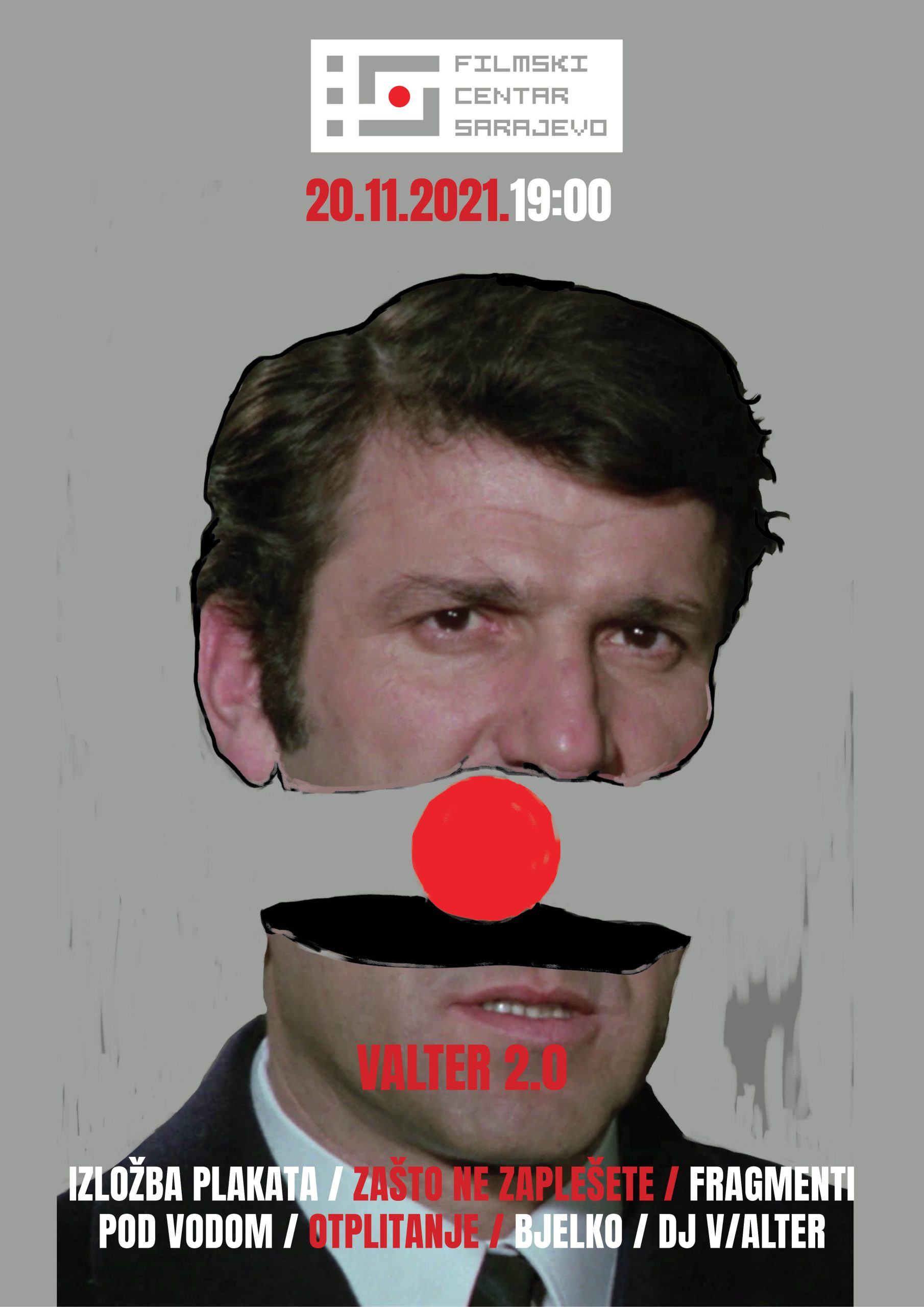 This Saturday, on November 20th, an exhibition of film posters by the students of the Academy of Fine Arts, Graphic design Department, will be opened at the club “Valter” – Film Center Sarajevo, starting at 19:00. After the exhibition opening, at 20:00 at the free Cinema Valter, the audience will have the opportunity to watch short films by final year students of the Academy of Performing Arts, Department of Directing; “Why Don’t You Dance” and “Fragments Under Water” by Isidora Ratković, “Unbraiding” by Mina Vavan and “Bjelko” by Almir Zoletić. After the screening, there will be a party, starting at 21:30, where DJ V/alter (Adnan Bajramović) will perform. Admission to the event is free.