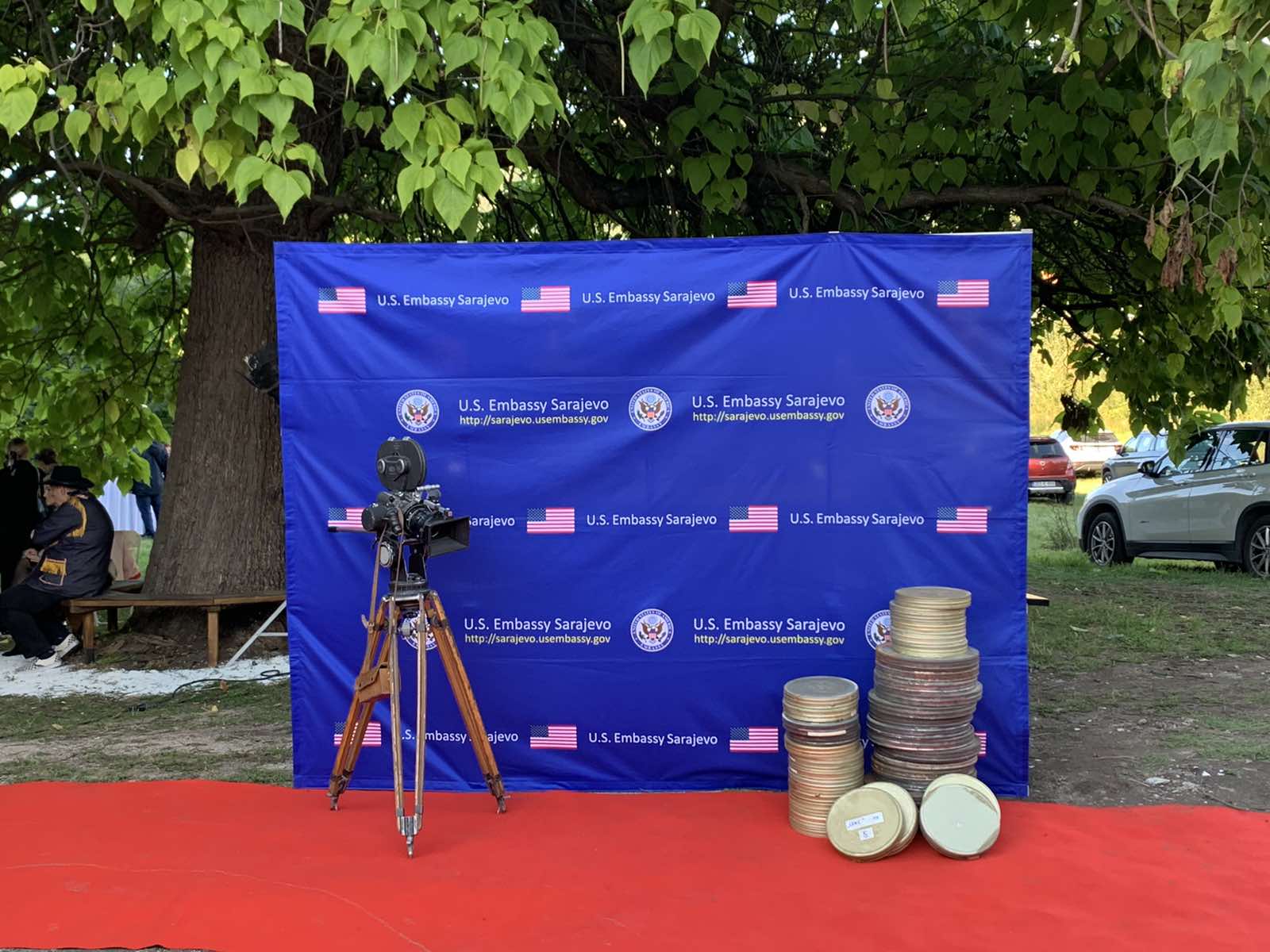 Memories from the future Summer Valter

We share with you memory of the summer and a celebration. At the green field of upcoming Summer Valter, the garden of Film Center Sarajevo Studio, a ceremony was held with the U.S. Embassy in Bosnia and Herzegovina and Sarajevo Film Center’s members. Our guests have expressed their excitement about the upcoming collaboration, the project for the preservation of a specific and modern art form – film.

We remind you of the special moment in Sarajevo Film Center’s work which includes winning the AFCP award of the American Embassy in Bosnia and Herzegovina in the value of over half a million KM. The grant is intended for the process of restoration, digitization and preservation of the 36 mm and 16 mm film collection, which aims at the film distribution and education.

While the Film Center Sarajevo is progressively integrating the project, we share with you photos as a memory on that milestone.