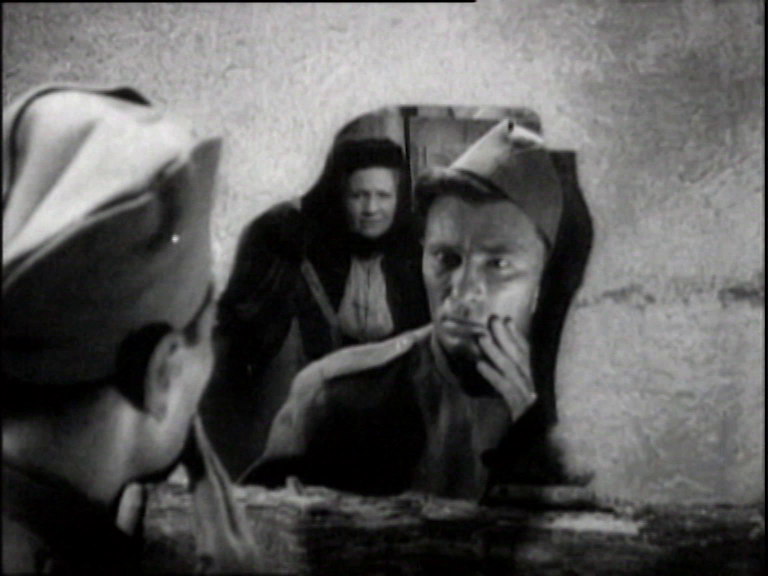 Mirza Skenderagić is a Bosnian writer and screenwriter. He has published a large number of authorial texts, studies, essays, film, literary and theater reviews, reviews, interviews and short stories. He is currently a member of the editorial board of the Drama and Documentary Program of Radio BiH.

The newly opened cinema “Valter” of the Sarajevo Film Center began its first season of showing domestic cult films in the only possible way, with the screening of the first Bosnian feature film title Major Bauk from 1951. It is a partisan war drama by Nikola Popović, a Belgrade film and theater director and extremely successful actor who studied directing in Berlin with Max Reinhardt and Ervin Piscator, and who will be remembered as a filmmaker for only four films, of which two were historically “the very first movies”. Namely, in addition to directing the first Bosnian film, Popović’s name marked the beginnings of film development in Croatia, given that his partisan war love drama, “Živjeće ovaj narod” (1947) is officially considered the first feature film in Croatian post-war cinema. Both titles are based on the works and screenplays of the writer Branko Ćopić, and while “Živjeće ovaj narod” portrays the Yugoslav people’s uprising like a fresco with a pronounced revolutionary pathos and an intriguing love background, can be called a “partisan sad fairy tale” about mythical heroes and invincible legends, with a special relationship with the film masterpiece Citizen Kane (1941).

The beginnings of “Partisan film”

Partisan film, therefore, means a film genre created in the cinematography of socialist Yugoslavia, which shows the war operations of the partisans and which represents a subspecies of the so-called “Enobe movies”, films about the National Liberation Struggle, which includes the Second World War with the aim of romanticizing it and idealizing “brotherhood and unity” or, as film theorist Peter Stanković says in the study “Constructs of Sloveneness in Slovene Partisan Films”. representations of ethnic identity as a “bourgeois ideological construct.” Although it was considered for a long time to be Slavica Vjekoslav Afrić’s first Yugoslav partisan film from 1947, the originator of the partisan genre is considered to be In the Mountains of Yugoslavia, made by Soviet filmmakers for Yugoslav cinema. The director of the film was Abram Room, who became famous in Soviet cinema with his silent film The Third Citizen, while the famous Eduard Tisse, who collaborated with one of the most important film authors of all time, Sergei Eisenstein, was chosen as the director of photography “U planinama Jugoslavije”, he depicts World War II in Yugoslavia and a partisan uprising against fascist occupiers led by a partisan leader named Slavko Babić, played by Soviet actor Nikolai Mordvinov, while the character of Josip Broz Tito is played by Ivan Bersenev. Although almost imperceptibly welcomed in Yugoslavia, mostly due to the fact that the partisans speak Russian in it, In the movie “U planinama Jugoslavije” production had respectable and visually fascinating achievement (the first demolished bridge on the Neretva) that will establish a narrative model with dramatic plot, heroic protagonists – partisans and villains – occupiers or traitors, and the stylistic framework inherent in the genre of action and spectacle, which includes a significant number of extras, a strong musical background, fast framing, close-ups, etc. Almost all partisan films will, as a rule, follow this stylistic and fable pattern in which the main characters are presented as heroes, invincible heroes of the National Liberation Struggle, moral to the core and always ready to die for their country, although Major Bauk also adopts a genre framework that will only in the continuation of its development will it receive the previously mentioned determinants defined with the titles of Veljko Bulajić (“Kozara”, “Battle of the Neretva”) and Hajrudin Šiba Krvavec (“Diverzanti”, “Most”, “Valter brani Sarajevo” and “Partizanska eskadrila”), recognizable in, say, the American Western and American war action to serve as a space for creative research of film language and the search for more original stylistic, dramaturgical and technical solutions that were not necessarily in line with the then political and social norms.

Partisan “Citizen of Kane” and the structure of memory

Like Orson Welles’ first feature film, the baroque mystery Citizen Kane, Popović’s Major Bauk begins with a slow “raising” of the camera, but then, with a much more suggestive dramaturgical connection, the death of the protagonist, which is then for the American and later partisan film, was the absolute opposite of established film conventions. Also, both deaths are presented under a veil of mystery, as Citizen Kane begins with a scene in which a nurse covers an unknown body with a white sheet, while Major Bauk opens the scene of “discovering” a covered body by a frightened old woman, played by Milica-Carka Jovanovic that should identify. “Do you know him?” this old woman is asked by Chetnik Major Vranic (ironically, is played by director Popovic,), and instead of answering, the old woman’s attention is captured by a child’s voice from off stage – calling his mother. So, like Welles, Popović reaches for a non-classical narrative structure, part of the so-called episodic, and partly retrospective, and the film opens with its end, and then melts back to the past and the moment when the boy calls his mother, a worried old woman from the previous scene who now carelessly spreads her underwear and greets her son. Both structures could be called memory structures, because in both cases the main protagonists are built by other characters, recalling their lives from the positions of omniscient narrators. Standing next to the body of an unknown man, an old woman named Marija remembers the childhood of her son Miloš Bauk (Bogdan Kuzet), spent in hard work, remembers the occupation in 1941, Bauk’s first victory over the German occupiers and the first conflict with Chetnik traitors, and finally his, but also in the memories of others, builds his rise from a determined boy to an invincible and mythical hero, a major who is a “ghost figure” for all his enemies.

From childhood to death

Bauk’s story begins with his childhood, which is a trademark of the entire literary work of Branko Ćopić, who describes his childhood and the people who marked it in the “Morning of the Blue Marshmallow” part of the “Marshmallow Garden” collection of stories. In the film, director Popović now introduces Miloš’s everyday life, which consists of children’s theft of immature neighbor’s apples, but also his relationship with his mother and a local teacher played by Vjekoslav Afrić. Namely, in one of the scenes with the teacher, the screenwriter and director will determine Miloš as the character whose father was killed by the gendarmes, when he asked the teacher in front of the map of Yugoslavia “Where is Sarajevo?”, Which is certainly a hint of his future revenge. In this narrative episode of the film, the character of Miloš will be established as an extremely brave boy who, unlike his timid friend, is not afraid to confront an angry neighbor, but also as a caring son who, going to work in a sawmill, “leaves a heavy heart” mother alone. However, the central moment of defining his character, which will determine the development of his life, comes with a plot in which Miloš confronts the sawmill manager and raises his ax in the air, and in which an older colleague like his father says: “Remember well! Don’t let anyone wear it, even if they have a crown on their head.” In the next frame, Miloš and the older lumberjack leave the hut in the woods, and the director focuses the camera and approaches the window through which the forest can be seen, which is certainly inspired by Welles usage of wide-angle lenses to achieve depth of field to dramatize the scene; from inside the house, and through the window frame, he clearly sees a boy playing in the snow in the yard. Furthermore, the mentioned scenes additionally connect Welles’s and Popović’s film, since in them the directors use unusual editing transitions in an almost identical way in order to bridge the large time ellipses. Namely, while Welles returns to the protagonist’s childhood through a letter whose letters and numbers melt the snow that falls in front of the Kane house, Popović keeps the camera’s focus on the window and the view from inside the hut, and also by “skips” the period of several years and keeps the shop in a hut in which, now full grown and handsome Miloš, who irresistibly resembles the young Josip Broz Tito (Marijan Lovrić), tells his colleagues: “I will not give myself to anyone“. Finally, with the shot of light penetrating through the clouds, which expressionistically and to some extent symbolically indicates a “new day”, the director returns to the initial moment of the film and the face of Marija, whose answer is awaited. “No!” Says Bauk’s mother, and looks away from the body of her dead son, whose legend will never die.

If we add to the above montioned stylistic and technical film determinants, for example, additional expressiveness of acting expression, bold and unusual composition of shots with suggestive camera movements, almost expressionist photography thanks to which the film will announce the arrival of modernism, it becomes clear that the final link between Welles and Popović, in fact, resolutely renounced the classic American, and later partisan prose, the so-called An “invisible director” who only needed to visually “tell” a chronologically designed story as clearly and spectacularly as possible.

However, the films themselves ultimately link their historical roles in the cinemas of their countries, and while Citizen Kane immeasurably influenced the shaping of American film development, Major Bauk laid the foundations of a small cinematography that will celebrate its 70th anniversary next year. “Major The First Film,” and who, like Bauk, lived through a difficult childhood, an uncertain youth, wars, and even death. 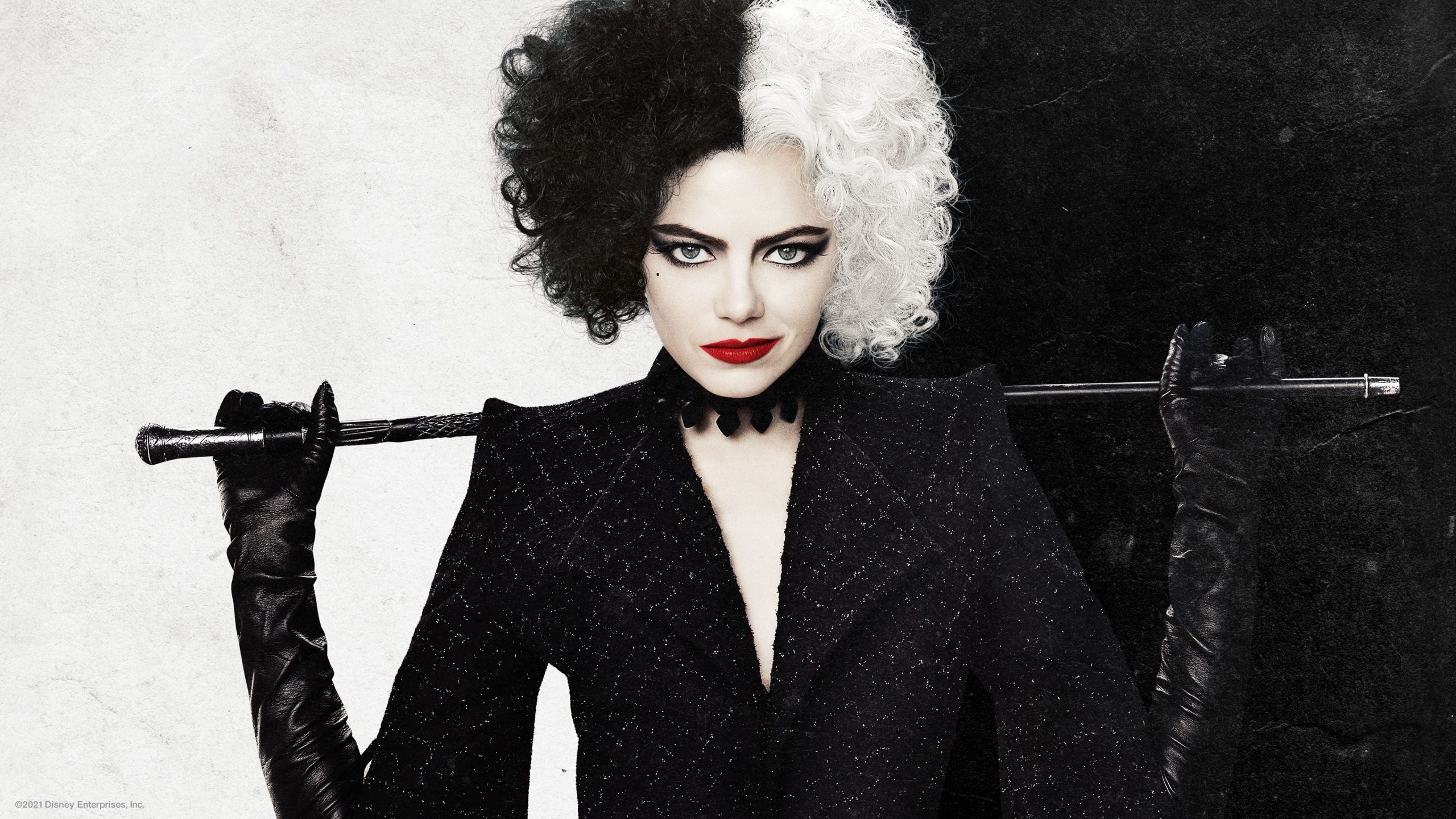 1 year ago
by FCS