Homage to Vesna Ljubić at the Trieste Film Festival

At this year’s festival, a special program is dedicated to Vesna Ljubić. This selection includes two films that will be shown on January 27, 2021. at 16:15, Teatro Miela Piazza Luigi Amedeo Duca degli Abruzzi, 3, 34132 Trieste TS.

Vesna Ljubić was born in Bosnia and Herzegovina in 1938. After obtaining the Bachelor of Arts Degree from the Department of Philosophy at Sarajevo University she studied film directing at the “Centro Sperimentale di Cinematografia” (Italian National Film School) in Rome. During the second year of her film studies, she worked as an assistant director to Federico Fellini. For three decades, she works for the Drama Department at Radio Sarajevo where later she became Editor-in-chief and has realised hundreds of programmes. Was serving on juries at many film, television and radio festivals around the world. She passed away on April 5th 2021.

ECCE HOMO is not a political film but a personal reflection on death. The film has no voice over, only images strengthened now and then with fragments of religious and other music and the hoarse croaking of crows. The film was presented in about twenty festivals all over the world, including IDFA Amsterdam and Venice Film Festival.

ADIO KERIDA is a cheerful and somewhat ironic story about an American seeking his roots in postwar Bosnia, at the time when everybody from Bosnia and Herzegovina is trying to leave for America. Through the search of a young Jewish-American of Polish origin who is looking for his great-uncle, the audience becomes acquainted with practically the entire world of Sarajevo-based Sephardic Jews. Combining realistic scenes with surrealistic ones, in which the young American imagines the world that is no more, the director poetically tells the story of a man who became a legend. The great-uncle, it is said, knew Kabala, practised magic and healing, photographed fairies and could even stop the rain. Was he a real person or just the director’s hope that the impossible can also exist in Bosnia today?

Book Your seat and be a part of Trieste Film Festival this year. 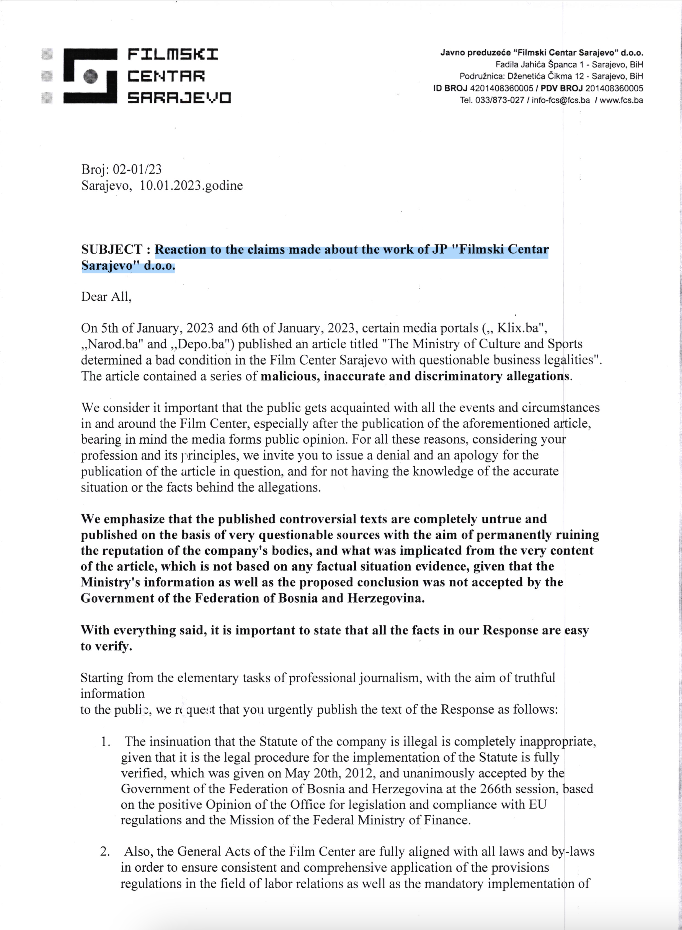 Reaction to the claims made about the work of JP “Filmski Centar Sarajevo” d.o.o. 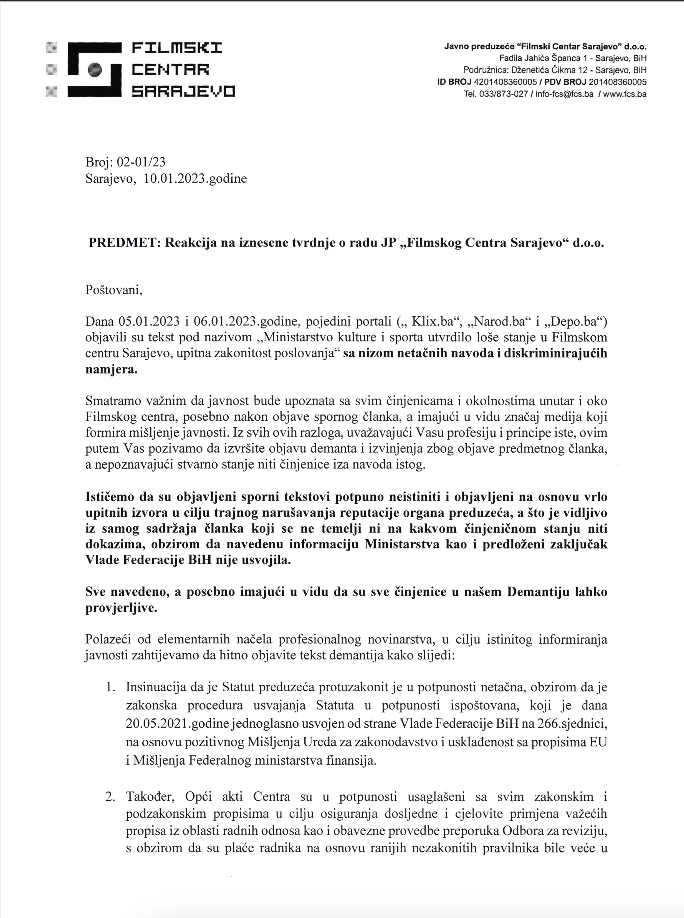 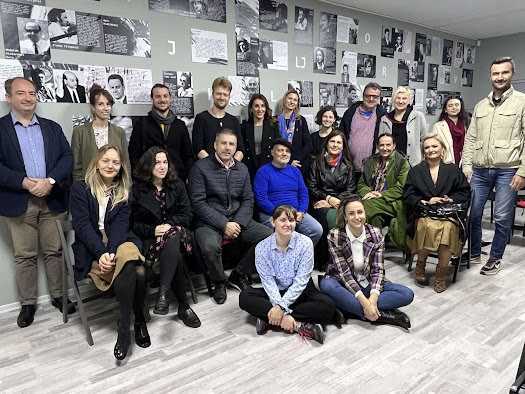 1 month ago
by FCS